Today Crowley offers perhaps the coolest update yet in the development of two new Commitment Class, combination container/roll-on roll-off “ConRo” ships for the U.S. mainland to Puerto Rico trade: The first loads of frigid liquefied natural gas (LNG) have been safely and successfully transferred into the first ship, El Coquí.

Making the fill-up possible were Crowley partners Eagle LNG and Clean Energy, who together loaded around 410,000 gallons of LNG on 41 trailers earlier this month. The duo trucked the trailers from their respective LNG plants to VT Halter Marine, the Pascagoula, Miss., shipyard where the vessel is being constructed, so that Crowley could began transferring the LNG into the ship’s fuel tanks. Each trailer load took around an hour to empty into El Coquí, and the entire transfer took several days to complete. Now that the fuel has been delivered, the ship’s cryogenic, vacuum-insulated system will keep the LNG in a frigid state, around -260 degrees F, until it is ready for use.

Built in the U.S. and operated in the Jones Act trade, Crowley's new ships will offer optimal performance and safety while setting new standards for environmentally responsible shipping. Their use of LNG will result in a significant reduction of emissions as compared to existing fossil fuels.

Stay tuned for updates as El Coquí nears the final phases of construction. 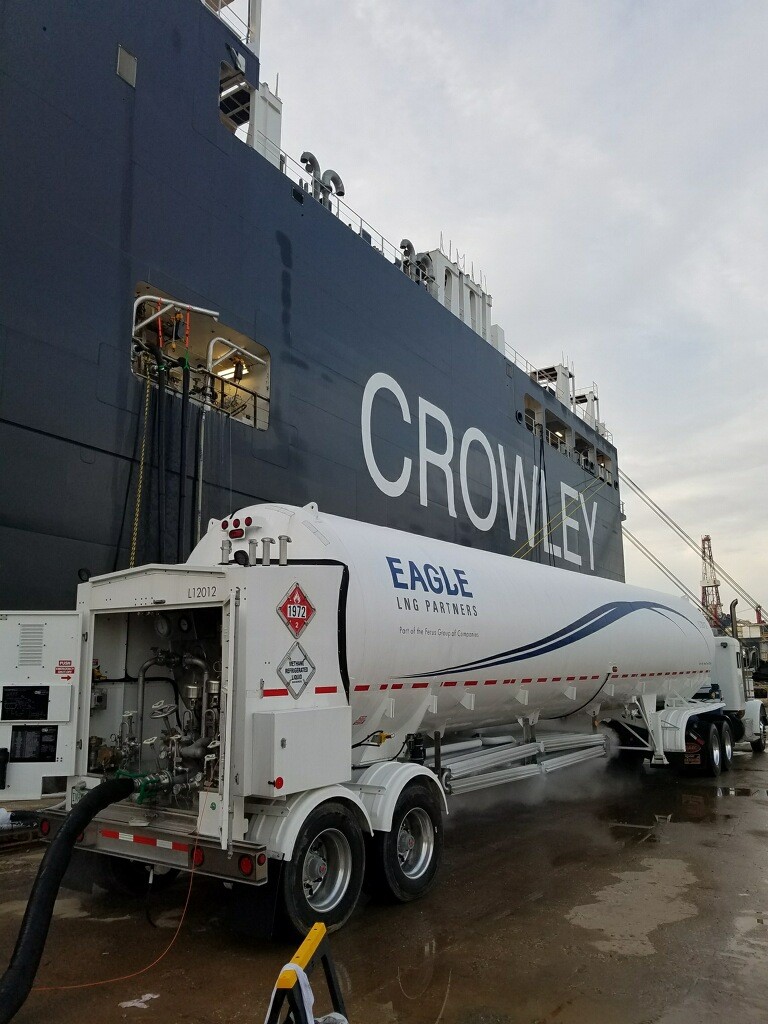