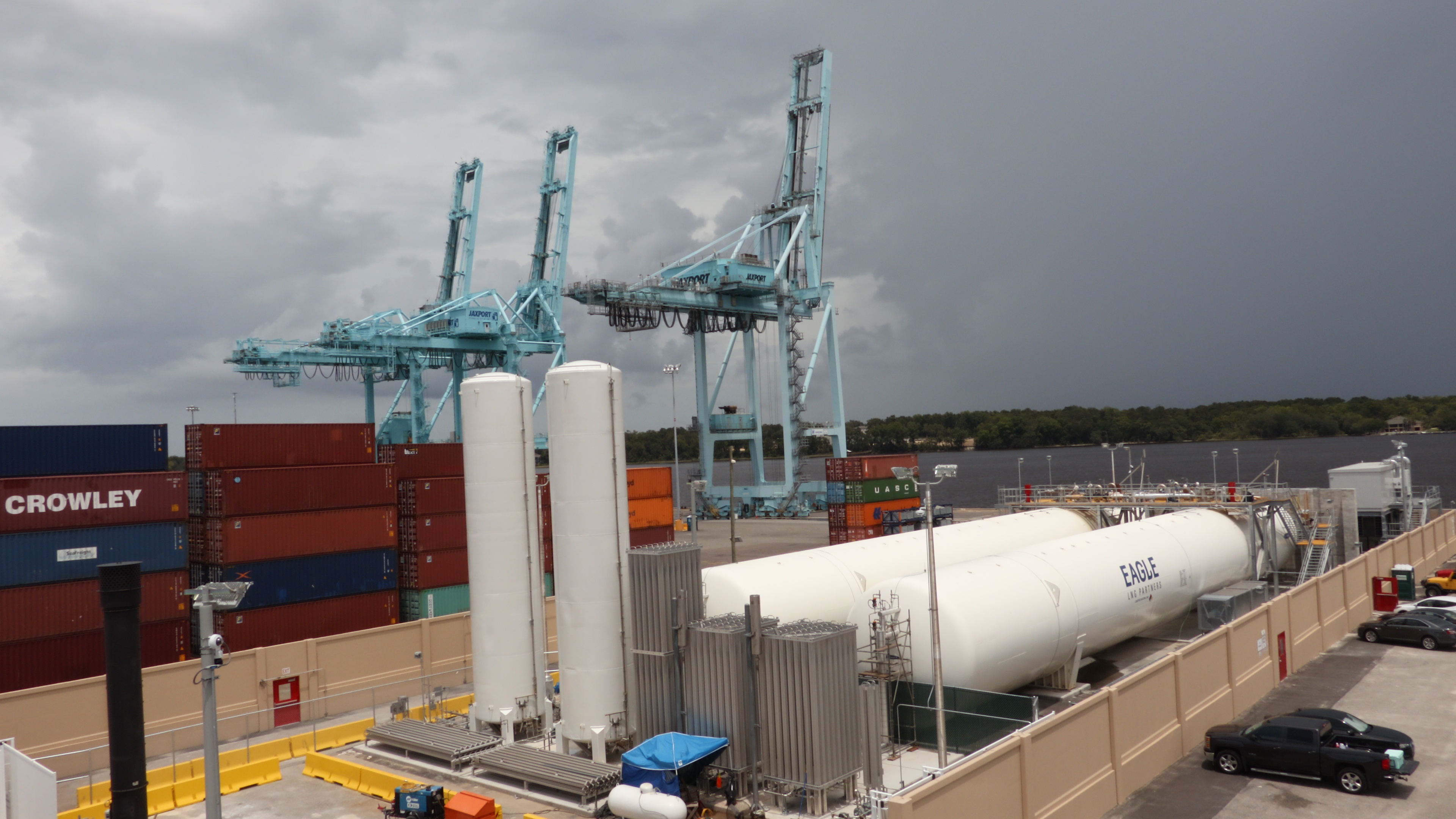 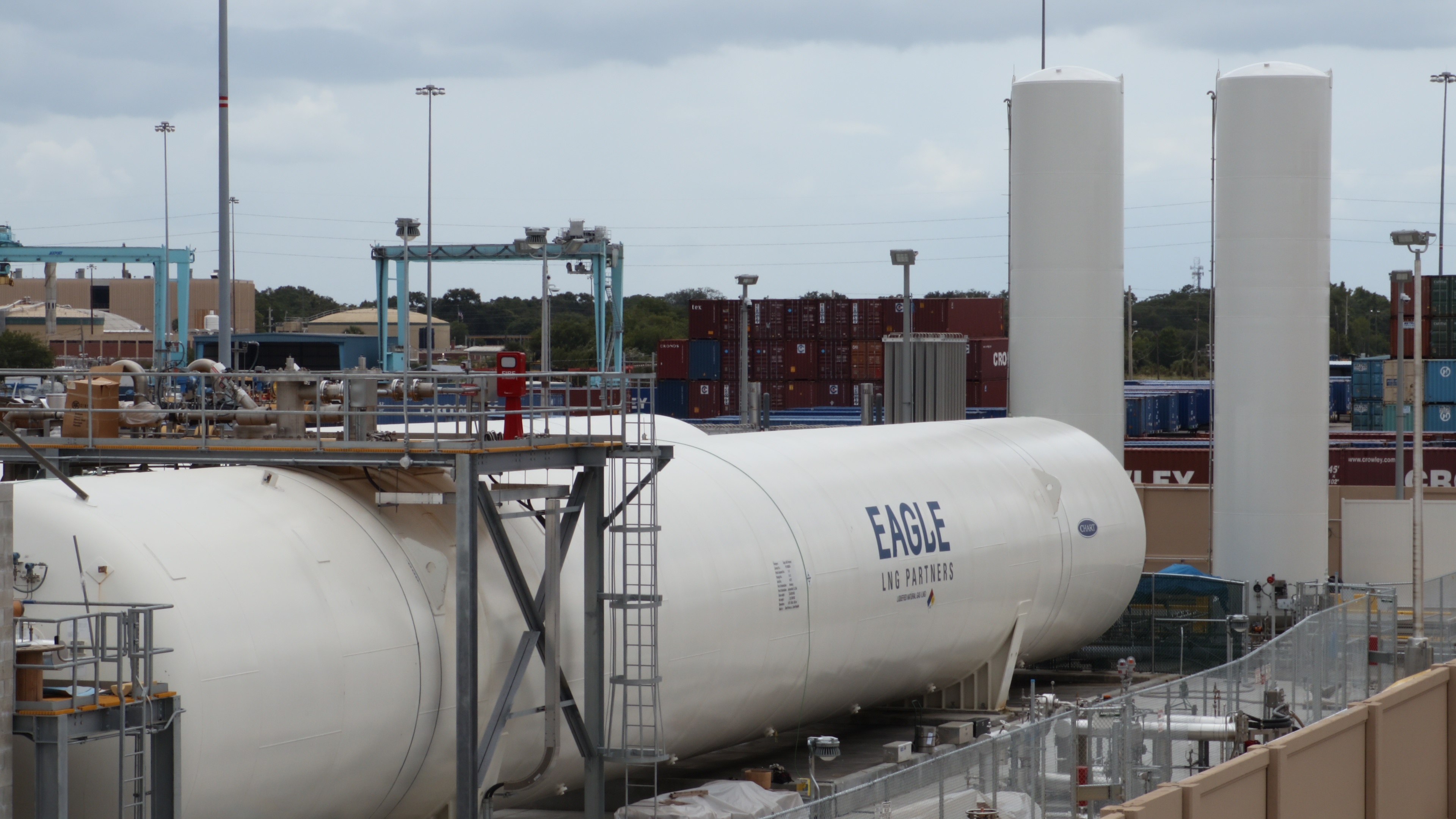 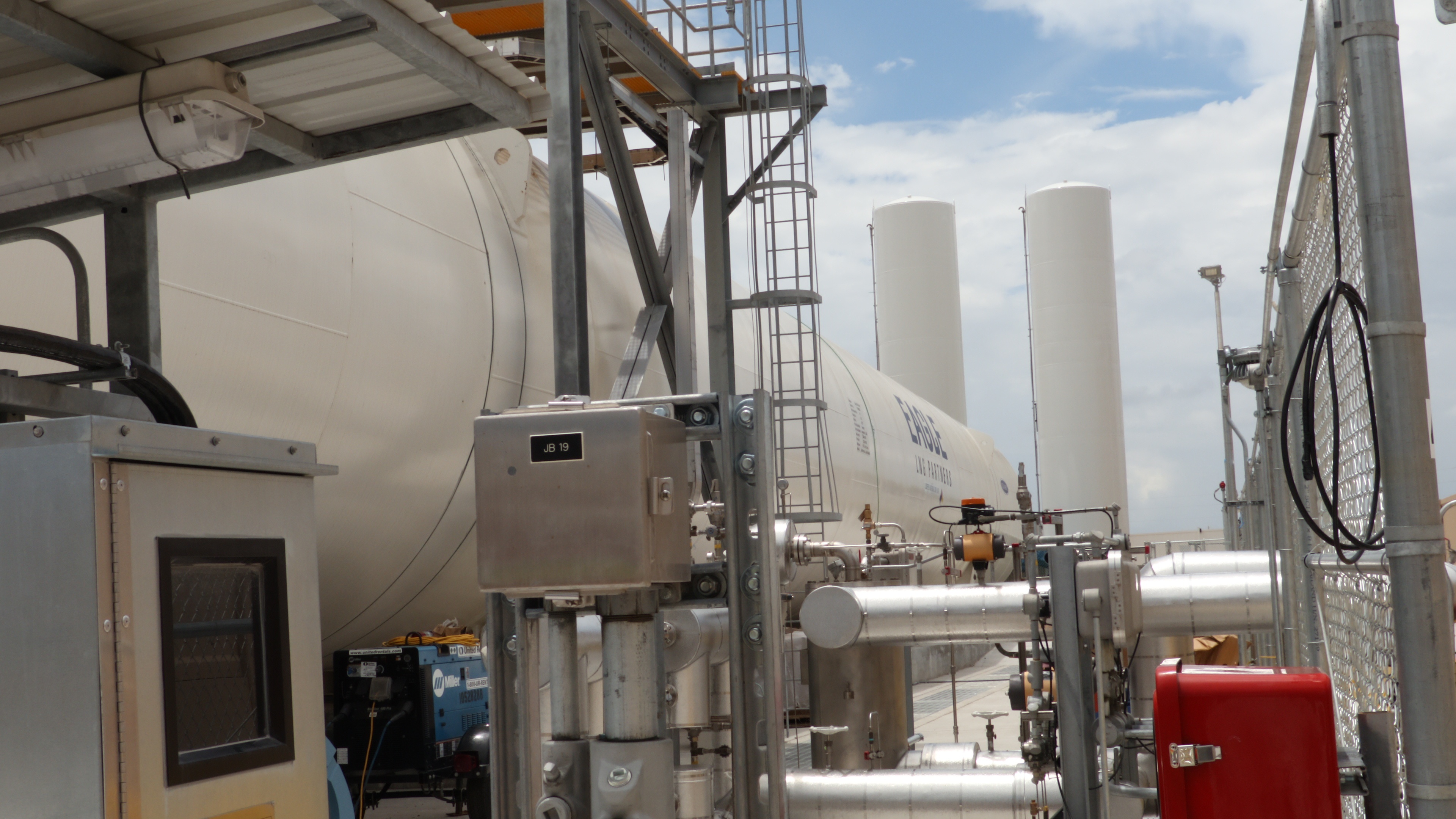 The final touches are almost complete on the LNG fueling depot for the shore-side bunkering of Crowley’s new Commitment Class combination container/roll-on roll-off ships powered by liquefied natural gas at the Port of Jacksonville’s Talleyrand Terminal (JAXPORT). The fueling depot is really a one of a kind application, provided by Eagle LNG Partners.

“The fuel depot will provide a reliable and safe bunkering solution that is truly innovative. Crowley and Eagle worked with regulators to ensure the design for the depot adhered to regulations and allowed for minimal footprint and minimal impact to terminal cargo operations,” said Crowley’s Tucker Gilliam, vice president.

Each of two large storage tanks can hold approximately 250,000 gallons of LNG equaling the capacity of the ship’s fuel tank. The tank will be filled with LNG trucked from Eagle’s LNG production facility in the nearby Maxville area of West Jacksonville. Coupling the 500,000-gallon LNG capacity at the JAXPORT terminal with another 1 million storage capacity at the Eagle Maxville LNG facility provides security of supply for consistent fuel distribution.

“Thanks to Crowley and the groundbreaking Commitment Class ship program, we have been able to design and build this state-of-the-art LNG bunkering station on less than 2 acres at the Talleyrand Terminal in Jacksonville. We are eagerly awaiting the arrival of the first, El Coquí, in Jacksonville soon this summer so we can bunker with domestically produced, lower cost LNG for the first time from the bunker station,” said Sean Lalani, president, Eagle LNG Partners.

“This LNG bunker station heralds a bright future for our nation as we use our abundant, domestic, cleaner natural gas resources to fuel marine vessels with LNG.”