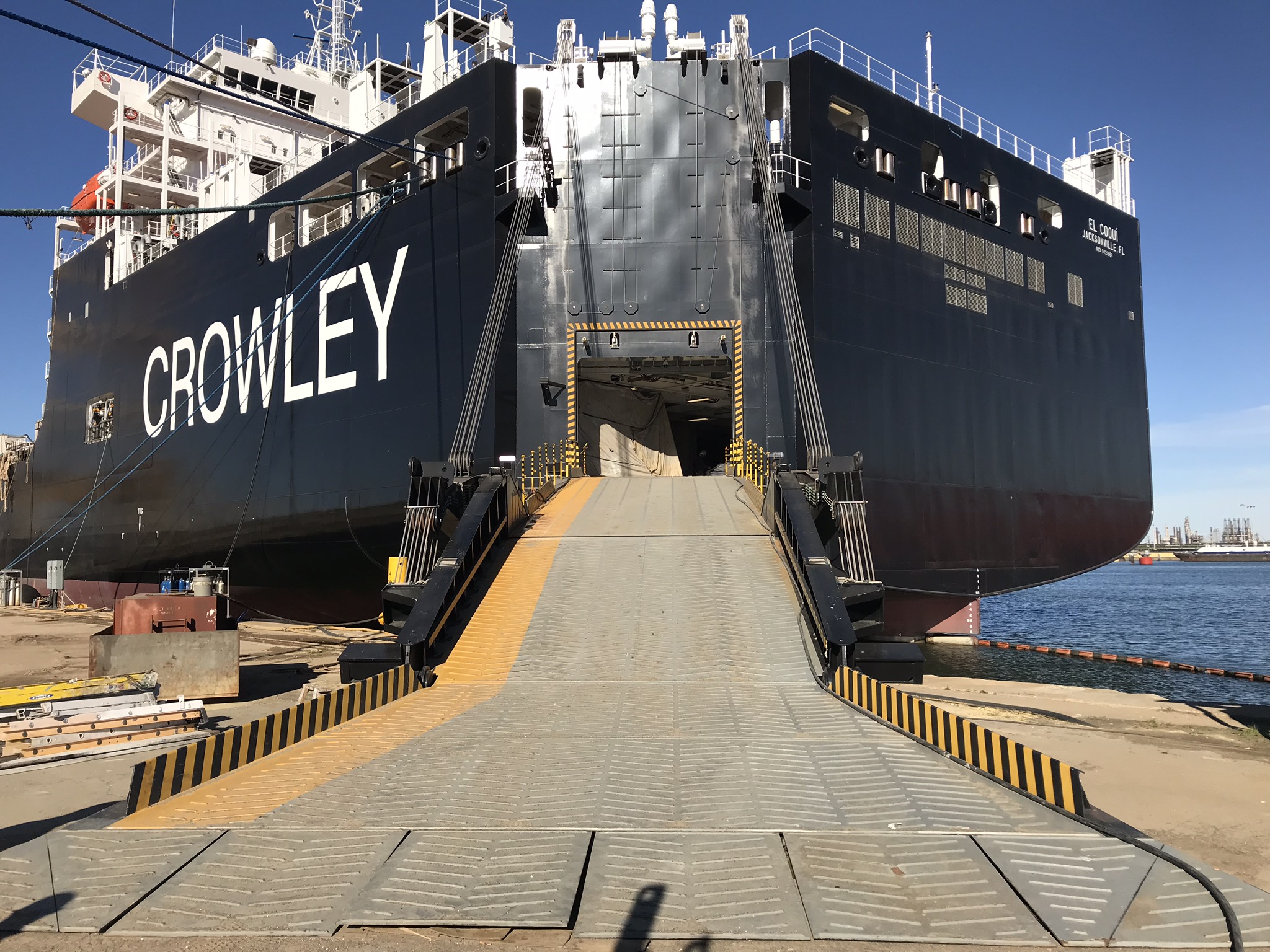 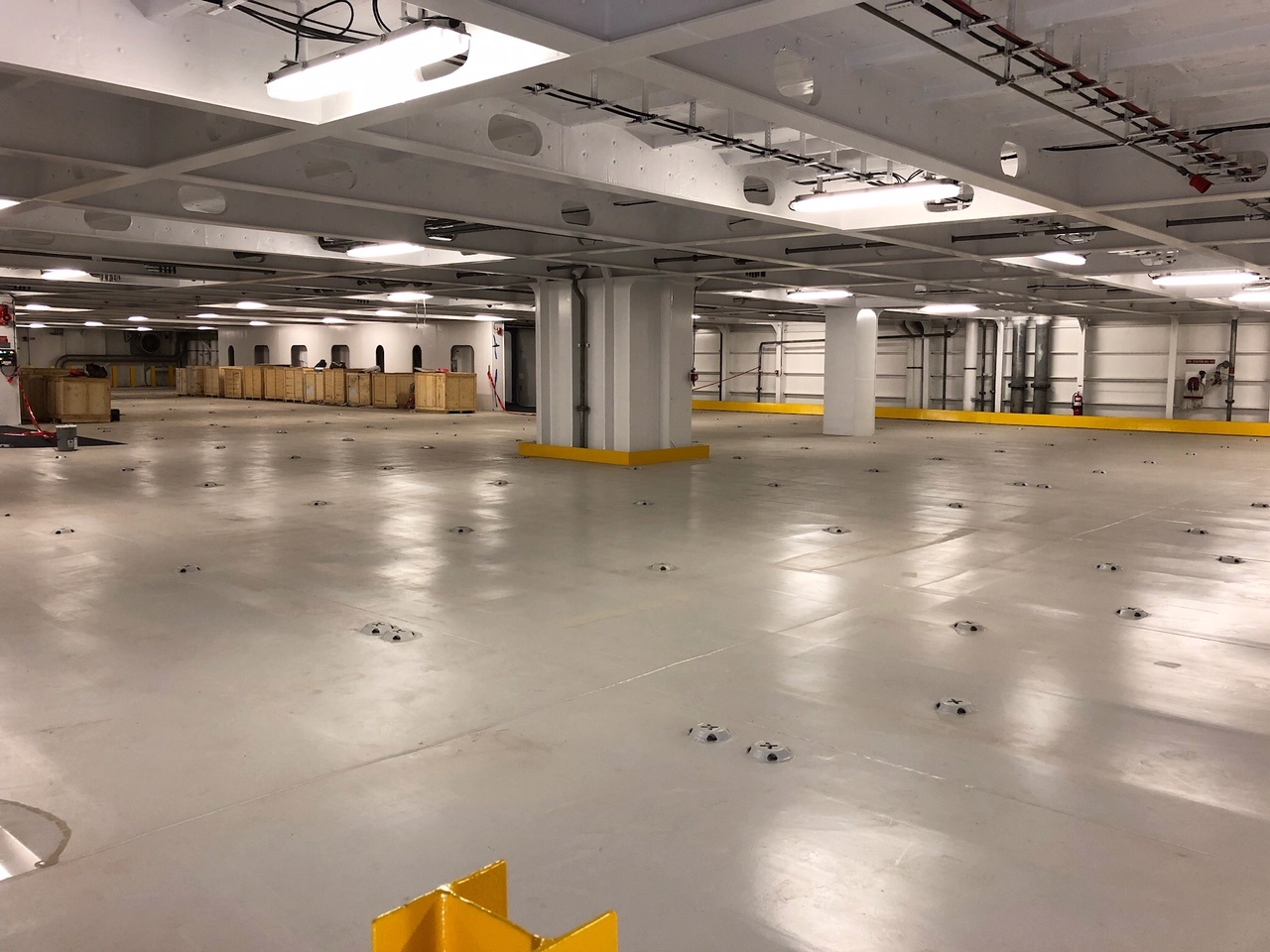 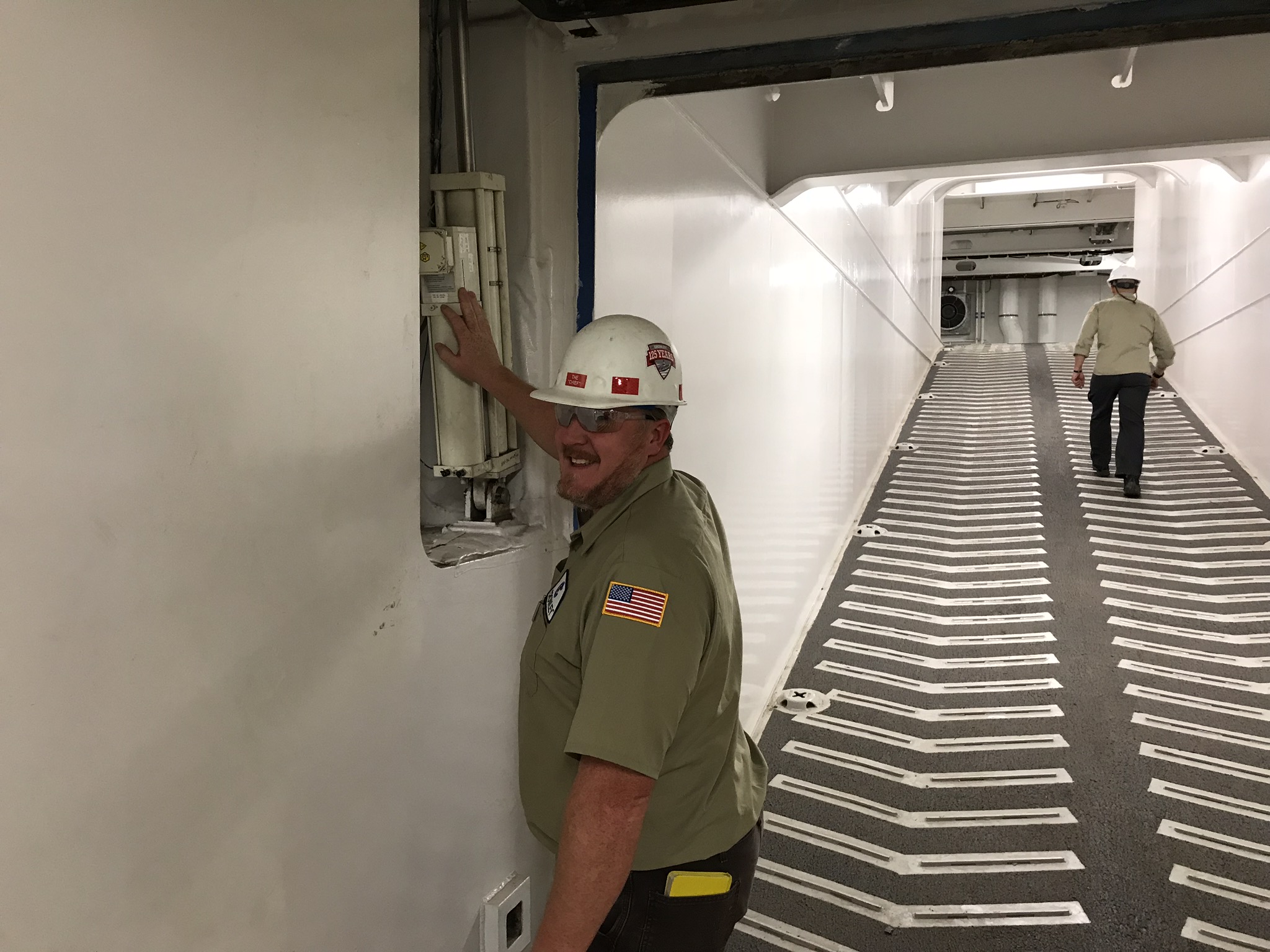 An important feature of Crowley’s new Commitment Class ships El Coquí and Taíno is the modern vehicle transport decks, which will allow cars, trucks and other heavy equipment to be safely and securely shipped between Puerto Rico and the U.S. mainland.

The ships, which will go into service this year, feature enclosed, ventilated and weather-tight decks capable of carrying up to 400 cars and larger vehicles. Crowley will have the only ships in the trade with this feature, which is typically found on pure car carriers (vessels that carry only vehicles). The internal ramps feature special, no-skid paint and expanded metal tire treads for added safety as vehicles transit the ramps.

“The Commitment Class ships, which will be powered by liquefied natural gas (LNG), are being built to ensure Crowley customers continue to have the best, most dependable service when they are shipping cars, trucks and other kinds of vehicles,” said Crowley Vice President Tucker Gilliam, who is overseeing the Commitment Class project. “As we near the finish line, the completion of these transport decks is another great indication of the superior service these vessels will provide.”

With the enhanced speed of the vessels, which can reach 22 knots, shippers will also enjoy timely arrivals whether they are dealers or consumers needing to transport cars or other vehicles to and from Puerto Rico. Our supply chain experts have prepared this handy how-to guide about transporting cars and trucks from Puerto Rico.

The 2,400-TEU ships have capacity for 20-, 40-, 45- and 53-foot dry and refrigerated containers (reefers). They are part of Crowley’s $550 million project to expand and modernize the company’s shipping and logistics services between Jacksonville, Fla., and San Juan, Puerto Rico. El Coquí and Taíno will be managed under the expertise of Crowley Shipping’s global ship management group.

“The El Coquí and Taíno represent today’s latest safety, technical and environmental achievements in vessel design. Our crews and shoreside operations personnel have been training for over a year in preparation for their arrival,” said Cole Cosgrove, vice president, global ship management.

Indeed, the new and improved equipment and infrastructure in San Juan has already been put into service as Crowley used the new pier, cranes and terminal upgrades at Isla Grande to support commercial and government relief cargo shipments after Hurricane Maria in September 2017.

In Jacksonville, a new shoreside LNG fuel depot being completed at JAXPORT will provide a dependable, cleaner fuel source for the vessels.

Built in the U.S. and operated in the Jones Act trade, these new Crowley ships will offer optimal performance and safety while setting new standards for environmentally responsible shipping.